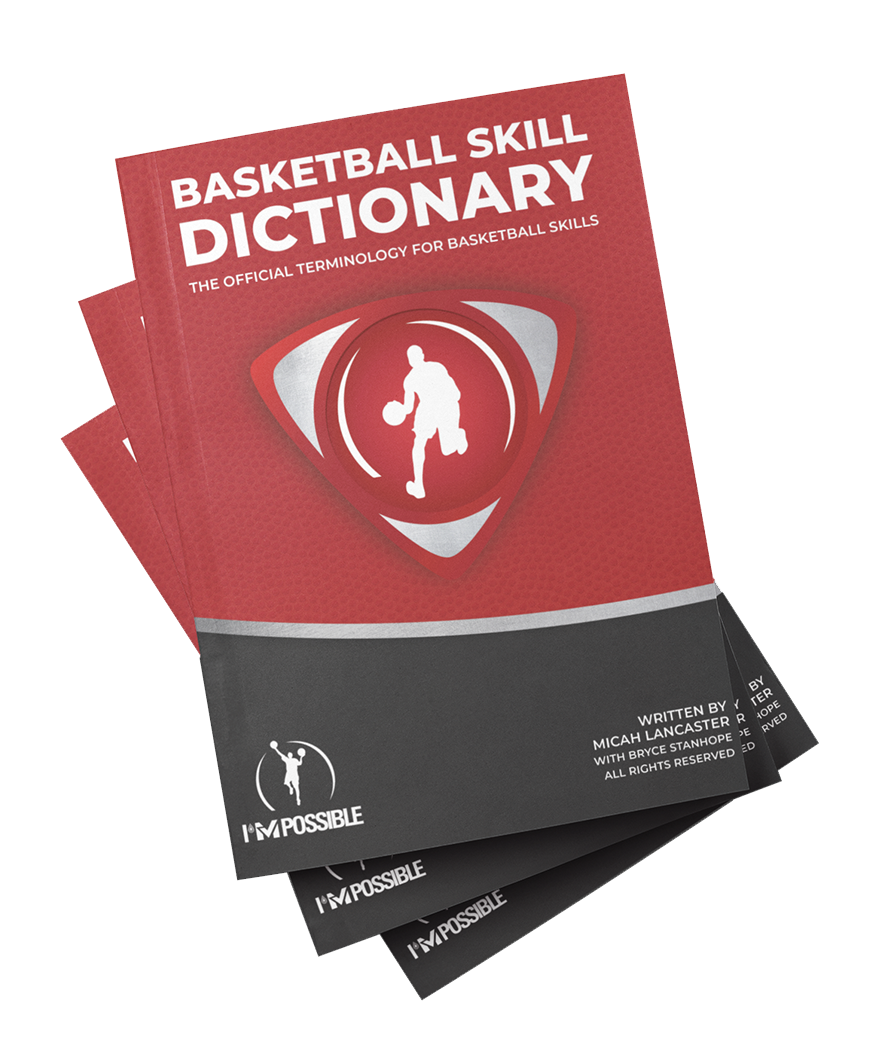 About the Basketball Skill Dictionary

Terminology plays an important role in the world around us. According to the Merriam-Webster dictionary, terminology is "the technical or special terms used in a business, art, science, or special subject" and it is through terminology that intricate details of technical and scientific subjects can be comprehended and properly communicated. From surgeons properly communicating what tool they need or what part of the body needs attention, to basketball trainers being able to identify the details that separate one technique from another, the purpose is the same. Terminology is a language that helps specialists communicate more efficiently.

Since 2009, we at I'm Possible Training have carefully created a language and terminology system that all basketball trainers and specialists can use, not seeking to create the skills or techniques, but simply identify them and efficiently communicate them for the betterment of the game of basketball. Furthermore, since terminology is a global language, the entire basketball training industry can be free of language barriers, making it possible to learn and discuss the game of basketball in every nation and tongue.

In the Basketball Skill Dictionary, terminology will be provided for the following topics:

"Each term calls out a very specific detail within basketball skills, techniques, and movements, and when each detail is understood and mastered, the game of basketball comes to life in a new way"

In 2019, I created my first two terms, the Drop and the Pocket. At the time, I used descriptive words that would simply help me remember them. However, it wasn't until years later, when the terms Drop and Pocket were widely used around the world, that I realized that I had to create a real, fluid, and clear language. The game of basketball is far too detailed to just use descriptive words for every single movement, and in order to create a language, the systems within that language have to work together.

That's why we've worked so hard over the years to create a system with consistent rules that make learning basketball skill terminology an easier task. Instead of aiming to name entire moves, which are basically combinations of many terms, the basketball terminology language we've created allows for the process of Skill Stacking. It is through this process, that a live action play could actually be written as follows:

To those with knowledge of the Basketball Skill Dictionary, and that have deeper understanding of the official terminology of basketball skills, the above Skill Stack would make perfect sense. In fact, they would know exactly how to execute the above sequence with perfection of every detail without having to first see the play. But more importantly, this exercise allows for details to be easily replaced and added upon for deeper and more detailed workouts.

Each term calls out a very specific detail within basketball skills, techniques, and movements, and when each detail is understood and mastered, the game of basketball comes to life in a new way.